October Baller of the Month 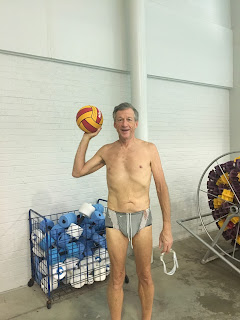 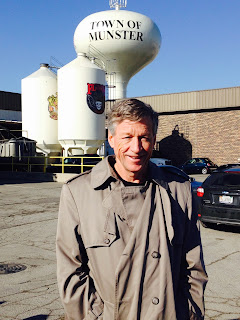 Steve's greatest achievement in polo is being able to play with very good players over the past 10 years. His words of wisdom, "Try to get better and learn something at every practice and game." and of course, "learn to lob, it takes a lot of practice." 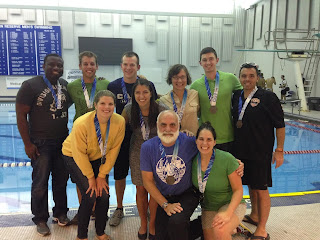 When asked to describe their teammate, CWPC members responded, "Steve Trow is an original member of CWPC and has played polo longer than most of our teammates have been alive. He always pays his dues on time and attends Sunday practice on time, like an adult."
Coach's comment, "He is the repository for a lot of institutional knowledge for the club and he doesn't throw back hands so that's a plus."
Kevin Zeigler from the far east shares, "Trow is the one guy you wish you were, but will never be. The best guy to have in the car when trekking cross country to a tournament and has been a great supporter of the club over the years."

Thank you, Steve, for your wisdom, timeliness and really old suits.


*We apologize for the locked doors on Sunday and have been assured by LHS that they will be on call should this happen again.
Posted by Trish Armstrong at 10:33 PM

Truckingcube is a logistics company who provides freight forwarding services at reasonable price. You can submit your query through its website and get genuine quote for moving. For more details visit to http://www.truckingcube.com

Hi! Thanks for the great information you have provided! Any way I'll be subscribing to your feed and I hope you post again soon. I'm full of the joys of spring when see your new posts. I like them very much. To me, they really help me sometimes

This was dinner tonight at our house... I am too tired some days to come up with fantastic or extravagant meal ideas, plus the kids don't eat my best meals anyways. Tonight I wanted them to get some good calories so I added sausage to the recipe. It's delicious and hearty and best of all, it's super easy.
Geesh, what an ego on this one. Sure hope he and those other Founding Fathers can put in a few clauses about women’s independence in all those documents they’re fighting about because being unable to own property or vote, and precluded by sex from 98 percent of jobs in the Colonies is really slowing down my game. I’d dump this jerk in a heartbeat if I had more options.
kizi free Games
free online games 2019
friv school 2019